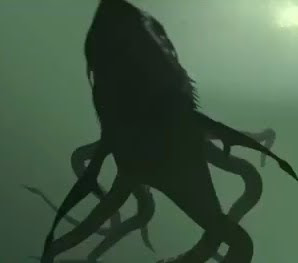 The newest SyFy original movie, SHARKTOPUS, premiers tonight on the SyFy network at 9/8 central. The film was produced by Roger Corman and starts Eric Roberts. The film is about a half shark/half octopus creature that gets loose in the ocean and causes terror to anything or anyone in it's path! I don't know about you, but I will be in front of the TV for sure! I love these cheesy creature features that the SyFy channel puts out.

CLICK HERE to watch the trailer!
Posted by ZOMBIE HAYES at 2:10 PM