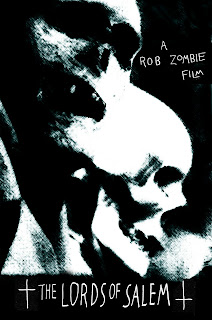 Deadline.com broke the news earlier this week that director Rob Zombie is shelving his planned remake of THE BLOB in order to focus on a new, original film. The film will be called LORDS OF SALEM and will be set in contemporary Salem, where the inhabitants receive a demonic visit from a 300-year old coven of witches! Sounds pretty cool, and with Rob Zombie behind it, I am definitely looking forward to this.
Thanks to my friends Scott and Phillip for bringing this breaking news to my attention!

What do you think? Are you looking forward to this new project from Rob Zombie? Or..would you have rather seen his remake of THE BLOB?
Posted by ZOMBIE HAYES at 6:58 AM