Hayes Hudson's House of Horror is on vacation!!


I'm taking a week (or maybe a little more) off for Summer vacation starting today!!   I'm going to do some traveling and head to the beach!  I wont' be making any posts while I'm away, but expect posts to start back up with week of August 7th.

Thanks, and have a great Summer!

Posted by ZOMBIE HAYES at 4:42 AM No comments:

Here are this week's horror related DVD/BD's that came out earlier this week, 7/25:

Check out the new trailer for STRANGER THINGS 2!!

I was a big fan of STRANGER THINGS, and I can't wait for part 2!   A trailer was just released today for part 2 and it looks like we are in for another treat this time around!  The use of Michael Jackson's THRILLER during this trailer is pure nostalgic perfection!!

Watch the trailer and let me know what you think!   STRANGER THINGS 2 will be released on Netflix starting October 27th!

CLICK HERE to watch the trailer for STRANGER THINGS 2

Posted by ZOMBIE HAYES at 11:04 PM No comments: 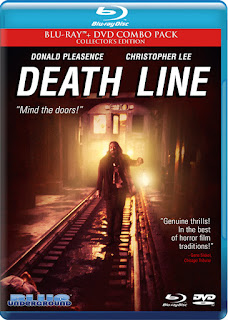 You might know this film by it's alternate title of RAW MEAT, which is the title used on the old 2003 MGM U.S. DVD release.  I actually had that DVD but had never watched it yet.  I was excited to see that Blue Underground was releasing this new Blu-ray of the film and was glad to get the chance to review it for my website!   Here is the basic plot of the film courtesy of the Blue Underground website:

When a prominent politician and a beautiful young woman vanish inside a London subway station, Scotland Yard's Inspector Calhoun (Donald Pleasence of HALLOWEEN) investigates and makes a horrifying discovery. Not only did a group of 19th century tunnel workers survive a cave-in, but they lived for years in a secret underground enclave by consuming the flesh of their own dead. Now the lone descendant of this grisly tribe has surfaced, prowling the streets for fresh victims... and a new mate.
Norman Rossington (A HARD DAY'S NIGHT), David Ladd (THE WILD GEESE), Sharon Gurney (CRUCIBLE OF HORROR), and the legendary Christopher Lee (HORROR OF DRACULA) also star in this heart-stopping horror classic co-written and directed by Gary Sherman (DEAD & BURIED). Originally recut and released as RAW MEAT in the United States, now DEATH LINE has been freshly transferred and fully restored in 2K from the original uncensored camera negative and comes fully loaded with exclusive new Extras produced for this release!

I knew nothing about this film going into it, which is the way I like to go into movies I have yet to see.  I was very pleased with this film.   It reminded me of an urban "THE HILLS HAVE EYES".   I have always been fascinated by cannibal films, so this one is a nice addition to the collection.   The film is slow at some points, but overall it kept me entertained for sure.  Some of the gore is very well done, with the best scenes taking place in the cannibal's secret lair down in the subway tunnels.  His lair is full of rotting corpses, all in different stages of decay.

Another great thing about this film is the presence of the great Donald Pleasence!    Most known for his role of Dr. Loomis in HALLOWEEN, his character here is very entertaining!

Blue Underground has gone all out with another amazing release.  DEATH LINE is available now from Blue Underground on a DVD/BD Combo Pack and contains the following special features:

Posted by ZOMBIE HAYES at 9:38 PM No comments:

Check out the ultra disturbing trailer for the upcoming film, FLESH OF THE VOID 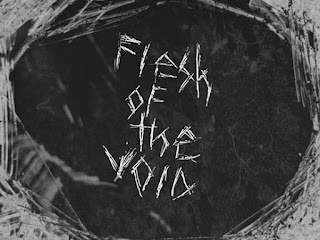 If you are a movie buff like me, I highly recommend the website MoviePilot.com.  They have a tons of great movie news and info, and while recently browsing their website I came across an article about a film I have never heard of.   The film is called FLESH OF THE VOID and from the looks of the trailer, it is going to be a very shocking and creepy film.

Here is a brief snipit from the Movie Pilot article:

From Sodom & Chimera Productions comes controversial Austrian director James Quinn's first feature-length horro film, Flesh of the Void. Both gut wrenching and awe inspiring, this experimental art film is shot by sequence on expired Super 8 film from the '80s, and progresses to 16mm to both attain and accentuate the abstract and grotesque realism that FLESH OF THE VOID aims to capture. The trailer alone is instantaneously panic-inducing and more than succeeds in filling viewers with an undeniable sense of dread.

Check out the full article for more details.  Give the trailers below a watch and let me know what you think about this upcoming film.

Posted by ZOMBIE HAYES at 12:55 PM No comments:

Here are this week's horror related DVD/BD's that came out earlier this week, 7/4:


Summer is a busy time of the year, with my kids staying up later than during the school year, and lots of activities most nights, leaving me with not as much time for blogging!   Hopefully things will slow down a bit and I can get back to 2-3 posts per week, but it might just be 1 or 2 a week for the next little while!   Thanks for staying with me and always supporting my little place on the internet!
Posted by ZOMBIE HAYES at 10:59 PM No comments: