This week's horror related DVD and Blu-ray releases, May 22nd

Here are this week's horror related DVD/BD's that come out tomorrow, 5/22:

Posted by ZOMBIE HAYES at 11:47 PM No comments: 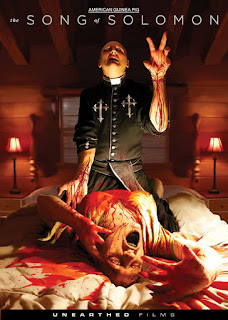 Posted by ZOMBIE HAYES at 10:55 PM No comments:

This week's horror related DVD and Blu-ray releases, May 15th

Here are this week's horror related DVD/BD's that come out tomorrow, 5/15:

It's time for TEXAS FRIGHTMARE WEEKEND!!!

It's the first weekend in May, and you know what that means.....it's time for TEXAS FRIGHTMARE WEEKEND!!  I'll be in Dallas all weekend celebrating at the best Horror Con in North America!  This will be my 11th year in a row to attend!   I won't be posting again until next week, so check back then.   Is anyone reading this going to Texas Frightmare Weekend?  Or better yet, is anyone reading this at all?!  Ha!


Posted by ZOMBIE HAYES at 9:35 AM No comments: