Well, now that I am all moved in...my computer died. Also, German safety videos are like short horror films!


As I told you in  my last post, we bought a new house so I have been busy most every night with packing, moving, and now unpacking.  It is a slow process, but I was hoping I would get time to get back to my daily blog posts.  But, my computer had other plans for me and decided to die.   So, now I am without a computer, and being a blogger without a computer is not a good thing by any means.  I miss getting to talk a little bit about horror each night, but hopefully I will get a new computer in the next week or so and be back up and running.  Thanks to my wife for letting me borrow her laptop in order to do this post tonight.  I normally can't use laptops.  The built in mouse and weird keyboard makes me mad, but I hooked up my regular computer mouse and keyboard to the laptop and this works pretty good in a pinch!
So, until I am back up and running full time, enjoy this awesome German fork-lift safety video!  I know, that seems really random, but watch it and you will see why it belongs on a horror blog for sure!  It is basically a short horror film, complete with some great gore effects!  I saw this on Facebook a while back and had been really wanting to share this with you all!  So, enjoy!!

Posted by ZOMBIE HAYES at 9:07 PM No comments:

Sorry for the lack of posts lately.....

Hi everyone, if you've noticed the lack of posts lately, I promise I have a good excuse!  I pride myself and my blog on having daily posts, trying to bring new daily content to my readers.  BUT....there are times when that is not possible and this is one of those times.  It's just temporary, though, so don't worry!

So what is the reason you ask?  Well, it is because we have recently purchased a new home!   We are moving next week, so this past week has been taken up with fixing up a few things at the new house at night after work and packing up things here at the "old" house for the move.  We hope to be all moved in by next Wednesday (8/14), so hopefully I can get back to daily posts right after that  (assuming everything goes ok with getting the Internet hooked up at the new house).

So stick with me, and in a week or so I should be back up and running like normal with my regular daily posts!  Until then, check out some of these other great blogs.  These are ones I check on a daily basis:

Zombie Hayes
Posted by ZOMBIE HAYES at 7:16 AM No comments:


*  I usually post this on Monday, so you will be prepared and know what to buy on Tuesday when the DVDs/Blu-ray's come out.  Somehow I totally forgot about it, so here are this week's new releases....better late than never!

Here are this week's horror related DVDs and Blu-rays coming out today, 8/6
(Click on a title to see a trailer for that film)


Posted by ZOMBIE HAYES at 5:39 PM No comments:

Check out the trailer for the documentary, UNEARTHED & UNTOLD: THE PATH TO PET SEMATARY 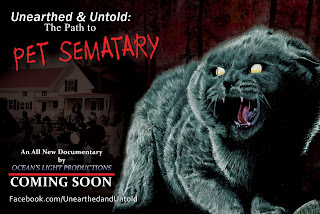 A while back I posted about an upcoming documentary about the making of the film PET SEMATARY called UNEARTHED & UNTOLD: THE PATH TO PET SEMATARY.  You can see my original post here.   A trailer has now been released for the film for you to check out! I was super excited about this project before, but now after seeing the trailer I am even more excited to see this!

Check out the film's official facebook page for news in and info on upcoming release dates!  Until then, check out the trailer and let me know what you think by posting a comment below!

Posted by ZOMBIE HAYES at 9:30 PM No comments:

Check out the trailer for the film, JUG FACE 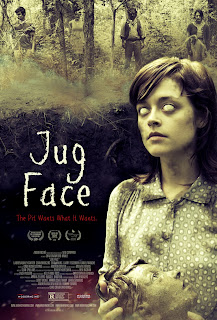 I ran across the trailer for a film called JUG FACE while browsing some other horror trailers on youtube.  I hadn't heard anything about this film, but it looks pretty cool based on the trailer.  Here is the basic plot of the film from the film's official website:

Jug Face tells the story of a pregnant teen trying to escape a backwoods community when she discovers that she may be sacrificed to a creature in a pit. The entity in the pit requires a life for keeping the community safe. The face of the person to be sacrificed is crafted onto a ceramic jug. When ignored, the entity unleashes an evil onto the community. Now no one is safe as tragedy befalls each member one by one and they soon realize that the pit wants what it wants.

Pretty crazy plot synopsis, huh?  So I wonder who the person is that creates the jars, and what gives him the foresight on who's face to sculpt on the jug?  I guess we will just have to watch the movie to see!  The movie is available to watch now on Amazon Instant Video and will be released on DVD and Blu-ray October 15th of this year.

Posted by ZOMBIE HAYES at 8:58 PM No comments:

Watch the trailer for the upcoming horror-comedy, BAD MILO 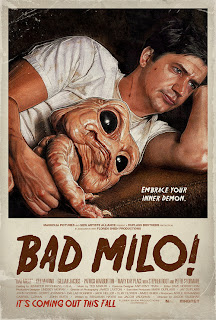 Coming soon from Magnet Releasing is the horror/comedy film, BAD MILO.  This film looks like it could be a lot of fun!  Here is the basic plot for the film from the movie's official website:

Duncan's (Ken Marino) life is a real pain in the ass. Tormented by a manipulative, crooked boss (Patrick Warburton), a nagging mother (Mary Kay Place), a deadbeat new age dad (Stephen Root), and a sweet, yet pressuring, wife (Gillian Jacobs), his mounting stress starts to trigger an insufferable gastrointestinal reaction.
Out of ideas and at the end of his rope, Duncan seeks the help of a hypnotherapist (Peter Stormare), who helps him discover the root of his unusual stomach pain: a pintsized demon living in his intestine that, triggered by excessive anxiety, forces its way out and slaughters the people who have angered him. Out of fear that his intestinal gremlin may target its wrath on the wrong person, Duncan attempts to befriend it, naming it Milo and indulging it to keep its seemingly insatiable appetite at bay.

BAD MILO will be available On Demand August 29th, and in select theaters on October 4th.  Check out the trailers below and let me know what you think by leaving a comment below.  Will you be watching BAD MILO?  Also, I just realized the initials of the movie title are BM!  Ha! 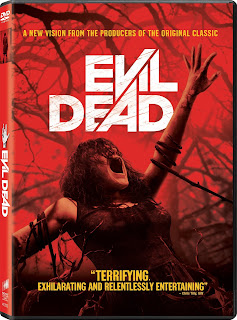 I remember a lot of skeptical people discussing the EVIL DEAD remake online when it was first announced.  The original film is such a classic, that people didn't understand why it needed to be remade and also immediately wrote it off just because they didn't agree with touching a film as good as the original EVIL DEAD.   I have to admit, I was a little skeptical too, but after watching the remake, I am happy to say that I was very impressed with this film.  Here is the basic plot of the film from the film's imdb.com page:

Five friends head to a remote cabin, where the discovery of a Book of the Dead leads them to unwittingly summon up demons living in the nearby woods. The evil presence possesses them until only one is left to fight for survival.

If you haven't seen the original EVIL DEAD, stop reading this and go watch it right now!!  The original stars Bruce Campbell as the iconic character of Ash.  The film is a very gory, but full of dark humor and Bruce's own special style of slapstick.  This is even more true of the original's sequel, EVIL DEAD 2:  DEAD BY DAWN.   Bruce Campbell played this character to perfection.  So, how could you have someone step up and play this iconic character of Ash in a remake and have it compare and live up to the level of Bruce's performance?  The answer is you couldn't, and luckily the filmmakers of this remake realized this and didn't go that route.  That is what makes this remake work.

The film uses the basic premise of the original film, but takes it in a much darker direction.  The film is more of a pure horror /terror film than the original.  They have replaced all the dark comedy with nothing but sheer terror and gore. There are some truly brutal scenes in this film, some of which are a nice nod to events that happened in the original.  The acting is very good in this film too.  Some of the actors look truly terrified during their scenes, and I'm sure they probably went through a lot in the filming of this movie.

If you are a fan of the original film, you definitely need to check out this new version of the film.  It is a very well done remake and a nice companion piece to the original EVIL DEAD.   The DVD and Blu-ray is available now and contains the following special features: