Here are this week's horror related DVD/BD's that come out tomorrow, 3/27:

Posted by ZOMBIE HAYES at 7:00 PM No comments: 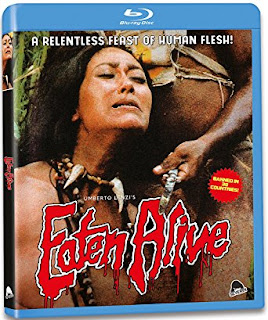 If you are a fan of 80's cannibal films, you will definitely want to check out Umberto Lenzi's 1980 classic, EATEN ALIVE!    I love cannibal films, and have seen quite a few, but somehow this is one I had never seen.   Here is the basic plot from the CAV press release:

Eight years after he first unleashed the Italian cannibal craze, spaghetti splatter master Umberto Lenzi (NIGHTMARE CITY, CANNIBAL FEROX) returned to the jungle for this "graphic" (Monster Hunter), "sordid" (Geek Legacy) and "extreme" (Horror News) gut-muncher that still packs the power to knock you over. EuroSleaze hall-of-famers Robert Kerman (CANNIBAL HOLOCAUST), Janet Agren (CITY OF THE LIVING DEAD), Ivan Rassimov (THE MAN FROM DEEP RIVER) and Me Me Lai (JUNGLE HOLOCAUST) - along with Hollywood legend Mel Ferrer (WAR AND PEACE) - star in this insane assemblage of flesh-ripping mayhem, depraved sexual brutality, and even the Jonestown massacre. EATEN ALIVE! is now presented uncut, uncensored and fully remastered in HD for the first time ever, with all-new Special Features that slit open the legacy of this definitive cannibal classic.

As I mentioned above, I have seen a lot of the cannibal films including CANNIBAL HOLOCAUST, CANNIBAL FEROX, CANNIBAL APOCOLYPSE, MAN FROM DEEP RIVER, etc.   I love all these films, and EATEN ALIVE is a wonderful addition to this list and sits right at the top of these films.

If you've seen those other cannibal films I mentioned, you kinda know what to expect here.  One thing these films seem to have a lot of is animal cruelty, which is the one thing about these films I don't like.  I guess these scenes are for shock factor and to make you feel uneasy, which they definitely accomplish.   While the killing of people on the screen is obviously fake, some of the animal scenes are definitely real.  These can be very hard to watch at times, and this film has quite a few of those scenes, so be warned if you can't handle those types of scenes.

The gore effects in this film are done extremely well, and are pretty disgusting  (which is a compliment, of course)!   One aspect of this film I really liked was the cult aspect of the film, and the creepy cult leader.   This was a very unique subplot that separates this film from the other cannibal films.

If you saw Eli Roth's cannibal movie GREEN INFERNO that came out a few years ago, you will definitely note some nods to this film, especially with the ending.   That's all I'll say about that, though, to avoid any spoilers.

One last thing I want to point out is the feature length documentary called "Me Me Lai Bites Back" which is a special feature on this new release.  I normally don't pay much attention to special features, but this doc was a great feature about actress Me Me Lai who appeared in three cannibal films in the 70's and 80's.  It was very interesting to hear stories directly from Me Me about her time filming these movies.   I thought this doc was worth buying to DVD/BD for alone!

EATEN ALIVE is available now from Severin Films on both DVD and Blu-ray.  Special Features include:

*  Welcome To the Jungle - Interview With Director Umberto Lenzi
*  Me Me Lai Bites Back - Feature Documentary on "The Queen Of Cannibal Movies"
*  The Sect of the Purification - Interview with Production Designer Antonello Geleng
*  Archive Interviews With Actors Ivan Rassimov and Robert Kerman
*  2013 Q&A With Umberto Lenzi from the "Festival of Fantastic Films, UK" 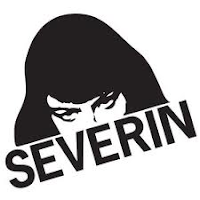 Have you seen the trailer for the new film, HEREDITARY? 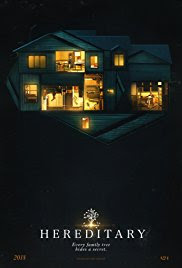 If you haven't seen this yet, take a few minutes and watch this trailer right now!  This looks absolutely terrifying!  Here is the basic plot from the film's imdb page:

When Ellen, the matriarch of the Graham family, passes away, her daughter's family begins to unravel cryptic and increasingly terrifying secrets about their ancestry. The more they discover, the more they find themselves trying to outrun the sinister fate they seem to have inherited as it slowly destroys everything they know. Making his feature debut, writer-director Ari Aster unleashes a nightmare vision of a domestic breakdown that exhibits the craft and precision of a nascent auteur, transforming a familial tragedy into something ominous and deeply disquieting, and pushing the horror movie into chilling new terrain with its shattering portrait of heritage gone to hell.

HEREDITARY was written and directed by Ari Aster and is scheduled for a June 8 release.

Check out the trailer and leave a comment to let me know what you think!

Posted by ZOMBIE HAYES at 12:08 PM No comments:

Here are this week's horror related DVD/BD's that come out tomorrow, 3/6:

Posted by ZOMBIE HAYES at 7:19 PM No comments: