Since yesterday was Earth Day, I decided to watch a movie called....EARTH DAY! The film was written, produced, and directed by Mister Ooh-La-La, and is distributed by Rsquared Films. Here is the plot synopsis from imdb.com:

Earth Day tells the tale of a group of ex eco-crusaders who find themselves being systematically slaughtered as the one year anniversary of the tragic Earth Day death of their leader, Pixie, approaches. Detective Trent Torrance suspects only one man: Hassan, who grew up in the most extreme terrorist sect in all of Pakistan, only to be expelled for "going under the Burga" and embracing the forbidden art of Women's hair care. Together with Priscilla, Pixie's nihilistic twin sister, they strive to prove Hassan's innocence, while trying to avoid her insanely overprotective plastic surgeon father Dr. Percival Peever, and his plastic surgery casualty of an assistant, Lenora.

Don't go into this movie expecting a cinematic masterpiece...it is not by any means. But, it did keep me entertained which is what a movie should do. The acting is ok, not great, not horrible, just ok. The movie is a bit slow at times with not much going on but dialog, but what keeps it entertaining is that the dialog is so good. There are some genuinely funny lines in this film and I would say that this film is basically more of a comedy than the Horror/Comedy it is stated to be, if it weren't for some pretty gory death scenes. There was more blood in this film than I expected from a Horror/Comedy film. One of the greatest scenes is when a guy gets his manhood cut off by the killer with a broken wine bottle. Yuck! A lot of people have compared this movie to the films of Troma, which is a great comparison. If you are a fan of Troma films, you will love this film. If you are a fan of really good, smart, horror films, this film is not for you. I myself like all types of Horror films, and can usually find good in all of them, so while not going on my top 10 list of Horror films (or lets be honest, top 50 Horror films), it was still a good flick that is worth a watch.
I don't know who this Mister Ooh-La-La, guy is, but this being his first (and only) film so far, I look forward to seeing his growth as a writer and director and hope to see more from him in the future! 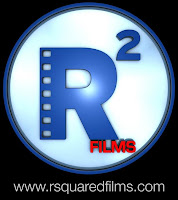