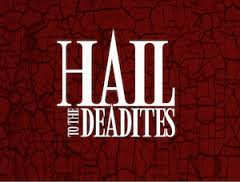 Check out the indiegogo campaign for the upcoming documentary about EVIL DEAD fans called, HAIL TO THE DEADITES!  This film is being directed by Steve Villeneuve with Tom Sullivan, Danny Hicks and Patricia Tallman as associate producers.  The filmmakers are going to go all over the country and even the world to find the biggest EVIL DEAD fans to show you their memorabilia collections and hear their stories on how they fell in love with the EVIL DEAD films and why they are such big fans of the films.

I think this sounds like a pretty cool project!  You can help fund this film now by going to the film's indiegogo page and choosing a contribution amount to help out.  There are contribution packages from as little as $10 up to $1000 with tons of great perks!  Any bit helps, so go help fund this awesome project!