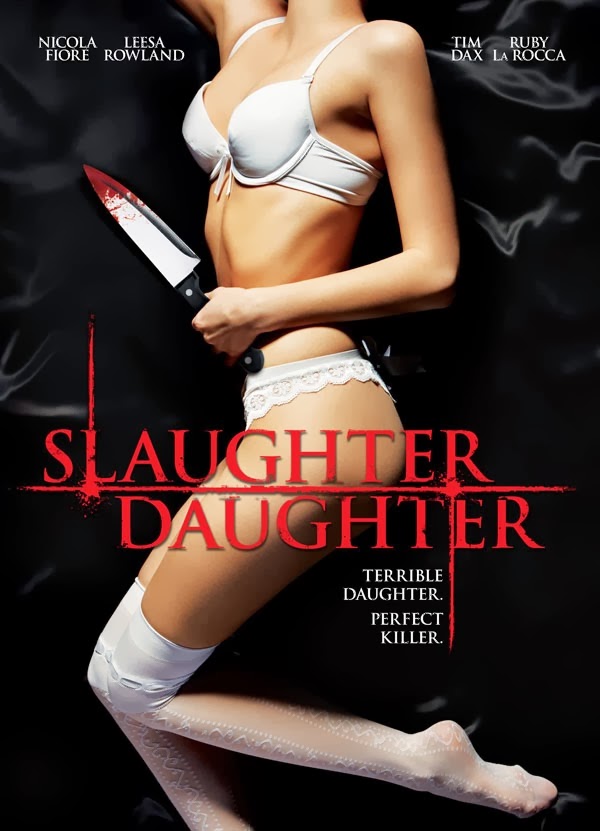 I haven't seen many films from Brain Damage Films, so I wasn't sure what to expect from SLAUGHTER DAUGTHER, but what I got was very well made, entertaining slasher / drama film with some excellent gore!  Here is the  basic plot of the film from the Brain Damage Films website:

After being left at the altar, Farrah has a mental break. Now she spends her time flipping through the 24 hour news cycle, and fueling her obsession with serial killer Jackson Miles. When her mother announces her upcoming wedding, Farrah seeks help from her jailed love to plot out the perfect murder

This was a very well made film with some great acting from lead Nicola Fiore, who plays the part of Farrah. She is a beautiful actress, but can play the part of a sadistic killer perfectly.   It's hard to describe what sub-genre off a horror movie this fits into.  It is part crime film, part slasher flick, part revenge film...all rolled into one.  Gore hounds will love the large amount of blood in this film.  There are some great gore scenes including a stabbing scene that is brutally realistic.

SLAUGHTER DAUGHTER is available now on DVD from Brain Damage Films and the DVD includes the following Special Features: 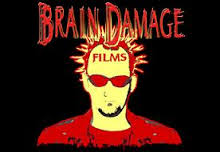